Thought we would share some fun facts about boxers from another boxer owner's point of view!

10 Unique Facts About Boxer Dogs For The Uninitiated 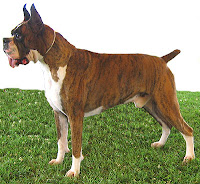 Boxers are the sixth most popular breed of dog in the United States, and for good reason. As you may already know, Boxers are strong, energetic, and loving dogs that make great companions and watchdogs, but there is more to them than that. Here are some fun and unique facts about Boxer dogs that you may not know.
Hopefully these facts about Boxer dogs have helped you to learn a little bit more about the breed. They are truly amazing animals, and I would highly recommend them to anyone who is looking for a good family pet.
AUTHOR: SRIYONO
Tweet